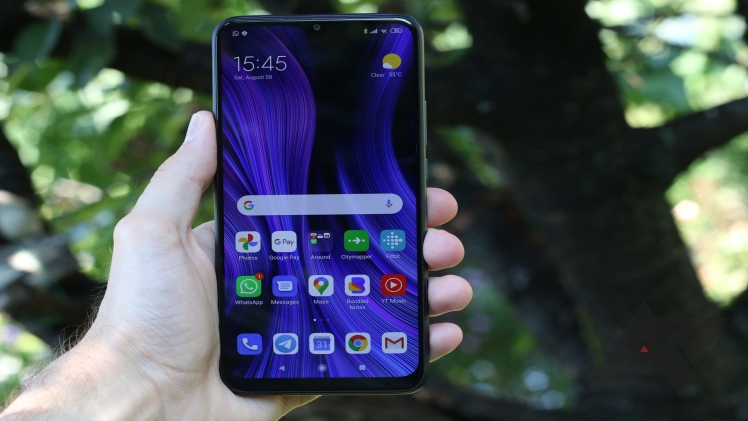 Home news Xiaomi Redmi 9: Is It Worth Buying?

We’re down at the budget end of Xiaomi’s smartphone offerings with the Xiaomi Redmi 9. Like any phone at this price, it’s all about how much you’re paying (or rather saving) – everything else should be judged against that price.

Keep in mind that buying a cheap phone isn’t as bad as it used to be. This is because smartphone technology has progressed to the point where even the most basic devices can perform and offer features that will please the majority of consumers.

And so it is with the Redmi 9: while it falls behind the world’s mid-rangers and flagships in almost every category, it’s also very affordable, and at this price, you start to wonder if a fancy night mode for the camera is really necessary.

If you’re looking for a budget phone, this is worth considering, especially given Xiaomi’s expanding reputation outside of China.

The Xiaomi Redmi 9 appears to be more expensive than it is. The textured backing Xiaomi has used here, built of plastic yet has a quality feel to it. Although the plastic, bigger bezels, and somewhat thicker case give away that this is a budget phone, it still manages to appear elegant.

Redmi 9 has a 6.53-inch IPS LCD screen with a 1080 x 2340 pixels resolution and an unspecified refresh rate (none of that fancy 90Hz or 120Hz speed here, not at this price). It’s bright and clear, and it’s ideal for watching YouTube videos or surfing the internet. Moreover, it has one of the more impressive displays to be seen on a phone at this price point.

The top of the screen has a small teardrop notch, which looks a little old-fashioned these days, but the bezels around the sides of the screen aren’t too large to be distracting. The fingerprint sensor is located on the back of the phone, directly below the camera module.

With phones this cheap, you don’t usually get waterproofing or dust proofing, and the Redmi 9 is no exception. USB-C is used for data and charging, and there’s a 3.5mm headphone jack and a single speaker. It’s worth noting that the Corning Gorilla Glass used to cover the screen isn’t up to the most recent standard, but it’ll be sufficient to withstand most bumps and knocks. You get three color options: Carbon Grey, Sunset Purple, and Ocean Green.

The Redmi 9 has a quad-lens 13MP wide + 8MP ultrawide + 5MP macro + 2MP depth rear camera, as do most budget phones these days to make up for the fact that they’re not that good. Unfortunately, despite all of those different cameras, you won’t be able to match the results of the mid-range cameras that cost a little more.

The majority of photographs, especially in ideal lighting, turn out fine. The focus and shutter speed is a tad slow, but it does have an ultrawide lens, which is always a plus. The front-facing 8MP selfie camera is OK, as long as you’re only snapping photos for social media and your family’s chat group, not for photo canvases to hang in the living room.

The battery life on the Redmi 9 is spectacular. On a single charge of the 5,000mAh battery, you can easily go for a day and a half, or even longer in some situations. The Redmi 9 played great in our HD video loop test, lasting 18 hours and 44 minutes. Charging this huge battery, on the other hand, takes a long time. The Redmi 9’s battery barely reached up to 40% after an hour of charging with the included 10W charger.

The Redmi 9’s internal specs are where it saves money: the Mediatek Helio G80 processor, 4GB of RAM, and 64GB of internal storage are only a little bit more than the bare minimum for getting Android to work properly (a 3GB and 32GB version is also available, which we recommend avoiding). Unfortunately, apps and menus open a few milliseconds slower than on a mid-range phone, and the phone can slow down significantly if you switch between too many apps too quickly.

Complex websites with a lot of graphics and advanced games with fast-paced action and a lot of 3D rendering can cause the Redmi 9 to stutter. Everything will run on this phone, but not everything will function smoothly.

It’s not unusable, though; most things run smoothly on the Redmi 9, and it’s fine for social media, email, browsing the web, and so on. But, again, it’s all relative in comparison to the price, and it’s impossible to complain too much when you’re receiving a working smartphone for very little money.

Fewer and fewer of us seem to be able to justify spending flagship money on flagship phones. However, with handsets like the Redmi 9, you don’t have to-it’s a great little budget phone with a screen and design that impresses and camera quality and performance levels that are good enough for a budget phone.

If you have more money to spend, the mid-range phones are better in terms of speed, display quality, and camera results while also introducing capabilities like 5G and wireless charging. But that doesn’t negate the appeal of Xiaomi’s Redmi 9 at a substantially lesser price.

If you’re on a budget and looking to buy Xiaomi Redmi 9 in Tunisia, Mega.tn is the place to go. Visit us at Mega, TN, and we’ll bring you the most attractive and most affordable prices possible in the Tunisian market to save you time and money.

Child Custody Arrangements: How a Lawyer Can Help You

Divorcing a spouse comes with a number of difficulties. Carrying a child through your orde…