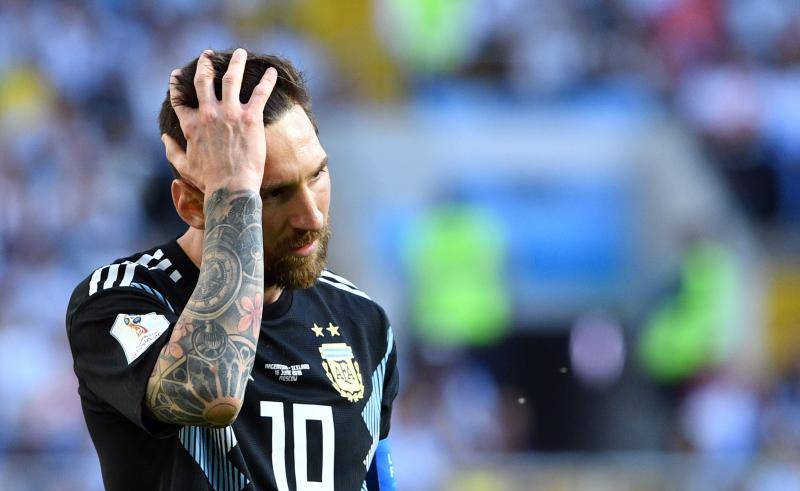 Argentina vs Iceland FIFA world cup 2018: Lionel Messi misses a penalty as Iceland hold Argentina to 1-1 draw  Argentina vs Iceland FIFA world cup 2018: Lionel Messi misses a penalty as Iceland hold Argentina to 1-1 draw: Iceland is showing that Euro 2016 was no fluke and made a stunning first-ever World Cup appearance on Saturday when they held 2014 runners-up Argentina to a 1-1 draw in a dramatic match where Lionel Messi blew his chance to win it when he had a penalty saved by Hannes Por Halldorsson. one of the football greatest star Messi was knocking on the door throughout the entire match, but he missed a penalty kick in the second half. His teammates relied on him too much Iceland, by far the smallest country by population to appear at the World Cup, famously beat England in the last 16 of Euro 2016 and again inspired by their “thunderclapping” fans ran tirelessly and fought for everything to write another glowing chapter in their short but glorious major tournament story.   and Iceland goalkeeper Hannes Halldorsson impressed with seven saves. Argentina dominated the ball with 78 percent of the possession and outshot Iceland 27-8, but the ball just wouldn’t hit the back of the net for both sides during the final hour I hope it is going to prove important to us to reach our goal to qualify,” Halldorsson said of the penalty save. “I did my homework, I looked at a lot of penalties by Messi, and I also looked at how I had been behaving in previous penalties, so I tried to get into their mindset, how they would be thinking about me. “I think the Argentinians felt a bit frustrated that they weren’t getting through and it was important we equalised so quickly. I guess our game plan worked almost perfectly.” Argentina coach Jorge Sampaoli said: “We need to find more variety of options going forward. It’s a very competitive group. “The circumstances around the missed penalty and that led to Leo’s mistake, that’s just another statistic, it’s part of the past… football is like that. We need to be strong as a group, believe in ourselves and know we have all the tools to beat anybody After Cristiano Ronaldo’s hat-trick in Portugal’s 3-3 draw with Spain on Friday, all eyes were on Messi to respond but he was generally kept at arm’s length by the rugged but controlled Iceland defenders, no respecters of even the greatest reputation Then, with 25 minutes to go, Maxi Meza was taken down in the box and a penalty kick was given. Messi stepped up, but Halldorsson made a massive save to keep the draw: Both teams Argentina and Iceland have a point in the group, but it feels like a win for tiny nation Iceland. They held on, fought hard defensively and did enough to deserve a draw. Argentina, meanwhile, will feel like it deserved more as the pressure mounts on Jorge Sampaoli after just 90 minutes.