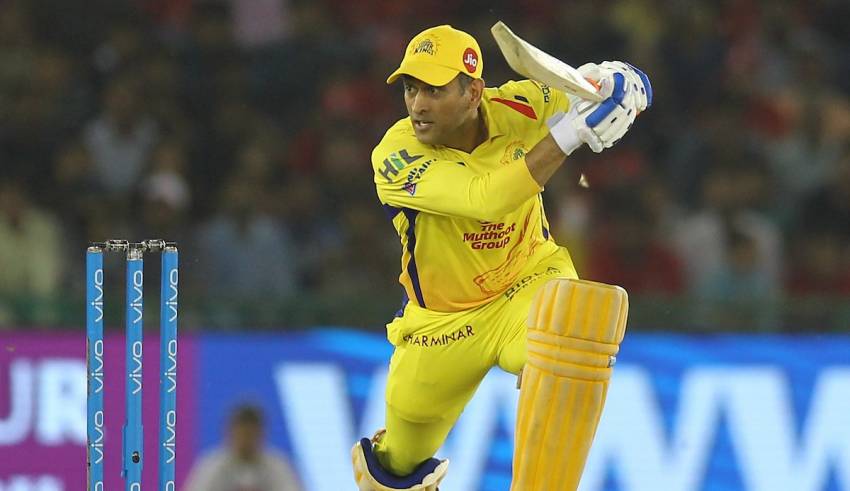 Royal challengers Bangalore  (RCB )vs Chennai super kings (CSK) ipl Highlights 2018 : Chennai Super Kings  captain Ms Dhoni  played another magical inning in ipl  chased down Royal Challengers Bangalore’s  huge total  of 205 with two balls  remaing  in ipl  big clash match  at the M Chinnaswamy stadium in Bengaluru on Wednesday. With this win, Chennai go at the top of the IPL points table  maahi  was in vintage form as he ended the match with a six, reminding fans  2011 ICC World Cup  final . Earlier,  Ms dhoni had won the toss elected to field against Rcb  modern day great AB de Villiers and South africa wicket keeper batsman  Quinton de Kock’s struck  quick fire 50  has helped  Royal Challengers Bangalore (RCB) to  huge total 205/8 against Chennai Super Kings (CSK) in IPL match at the M.Chinnaswamy Stadium. Quinton de Kock notched up his first half-century of the Indian Premier League this season as he blasted a 35-ball 50    played the perfect supporting role in the 103-run  paternship with ab  de Villiers ,Coming into bat at number three after the fall of Virat Kohli’s wicket,Ab De Villiers played a couple of dot balls before getting off the mark But the visitors wouldn’t have imagined what was coming their way, as Ab de Villiers started off by clobbering Harbhajan Singh for two consecutive sixes before launching left-arm spinner Jadeja to the skies  . It seemed like this was an indication of the carnage that was to follow as the South African thrashed the bowlers all over the park and dealt in maximum. Put in to bat, RCB got decent opening wicket start of  35-run by rcb captain  Virat Kohli (18) and de Kock before Shardul Thakur saw the back .   Chasing the  mamoth target of 205 , Chennai super kings(Csk) got disappointing start  they lost theire first wicket  in-form Shane Watson in the very first over to Pawan Negi. But ambati Rayudu hit two sixes in two balls off Washington Sundar and took CSK to 24/1 in three overs Rayudu and Suresh Raina made sure to put the RCB pacers under the pump . kept the scoring rate high by smacking a six and four boundaries in the next two overs as CSK reached 50/1 after five overs. Raina did not last long and was dismissed by Umesh Yadav in the sixth over.Sam Billings (9) hit two fours in his short stay before Yuzvendra Chahal foxed him and was out stumped in the seventh over. Chahal then removed Ravindra Jadeja to reduce CSK to 74/4 in nine overs. Skipper Ms Dhoni showed his intent immediately as he hit a six off Negi in the second ball he faced. Along with Rayudu, Dhoni revived the run chase as they took CSK over 100 mark in the 12th over. The visitors closed down the gap in the 14th over as Dhoni smacked Negi for back-to-back sixes and Rayudu reached his fifty off 40 balls with a six in the same overAmbati Rayudu was fabulous as well, so was AB de Villiers in the first innings for RCB, De Kock played his part too. CSK are back on top of the table while RCB’s bowling woes continue to frustrate Virat Kohli  . Ms dhoni csk captain : I thought at the innings break this will tough to chase because when I was keeping I thought AB batted really well to get them over 200. Thought we gave 15 runs beyond par.We also lost some key batsmen early but it’s a small ground, the ball travels a lot here, there was some dew, not a lot. Overall, it went according to the script, not according to how we would have thought but went well. I batted really well. History repeats itself, I don’t remember that wicket, this wicket was slow, that’s why AB’s innings was special. Good to be on the winning side. Happy that people are chipping in for us. Good exposure for our side. What’s important in a chase is to know which bowler has how many overs left and who the captain will bowl when and you play accordingly. You will win some, you’ll lose some, but the process is very important a job of the finisher is to finish and help others, sharing the experience with others, all those things really matter because I may not batting tomorrow.. Not everyone know what their strengths are. Rayudu’s batting is very important, he keeps the scoreboard moving. He can clear the field also, small grounds are ideal for him, in bigger grounds while trying to power the ball he may end up losing his shape Virat Kohli, RCB captain: There are many things that we can look back when we look back at the end. We haven’t bowled that well until now. If we can’t defend 200, it’s a problem somewhere. Tough pill to swallow, but great game for Chennai. They were not brave enough with the ball, and we needed to be braver with the ball when they were 70/4. The pitch has played really well, happy with that. Quality batting on both sides. Great game to watch, but as a team, we are disappointed.  virat kohli praise   Dhoni  inning he said Great to see him strike a few as well. Not against us. He seems to enjoy it read this also

MS DHONI!!! What an innings!

Nothing can go wrong till @msdhoni is at the crease. Vintage stuff from captain cool!! An excellent innings from @RayuduAmbati to set things up for us. All in all a great win for @ChennaiIPL! Keep it boys! #RCBvCSK #IPL2018 pic.twitter.com/NBgyn1YI9J

Corey Anderson your death bowler @RCBTweets ? When Tim Southee in the reserves? And just 1 over for Washington Sundar on a turning wicket? Nah, bad strategy, poor death bowling! #RCBvsCSK

If #Dhoni is #Thala what is Bravo for #CSK this year?

Where are #Dhoni haters now? 😂 pic.twitter.com/mSOmS7R8Mj

Rewind to 2 years ago… Same shot to finish the game… What a Shot …..Beauty!!!!#Dhoni #RCBvCSK pic.twitter.com/YxanlbZMlr

No words! simply life lessons #Dhoni is giving us.. Just calm , compose, wait for your time to come, and triumph in style.. Any target is chaseable 🦁 — Vishnu Bala (@VishnooB) April 25, 2018

Haters : Dhoni is no longer the best finisher and a T20 player.